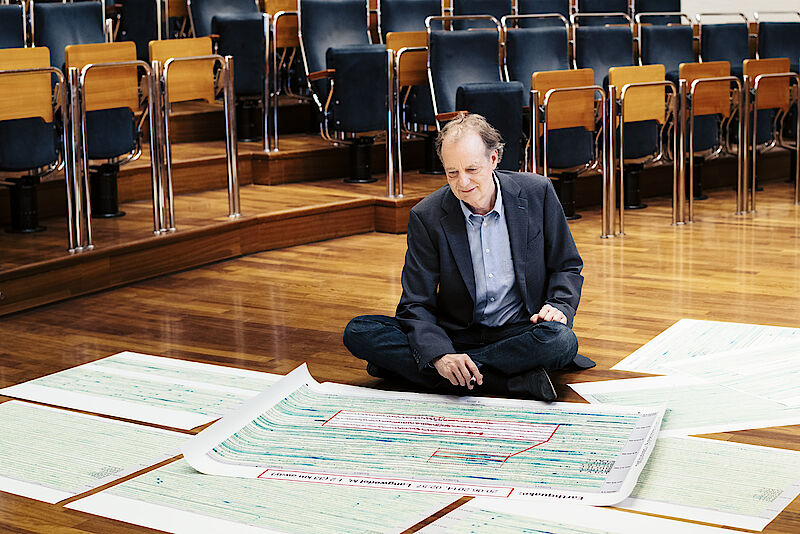 Progress doesn’t simply happen – it can be held back or accelerated and it can, of course, also be steered. Let’s take natural gas extraction in Germany as an example: on the one hand, we need the energy that’s locked in natural gas. But on the other hand, we also want maximum safety, because in densely populated Germany, there are people who live directly above gas extraction areas. We therefore have to be certain that its extraction doesn’t cause any unpleasant repercussions. And for this, we need close cooperation between scientists and engineers because it basically comes down to the assessment of technological impact and, more precisely, risk management.

It’s also about detective work. After all, earthquakes don’t hold up a flag – we can measure even minor tremors, but we have to draw on all sorts of indicators to identify the actual cause. These include the obvious indicators such as strength and focal depth. But to be able to also distinguish between natural causes and induced tremors – in other words, tremors triggered by external intervention – we need as comprehensive an understanding as possible of the tectonic composition of the area we are examining. We obviously also need a network of highly sensitive sensors, such as the seismic monitoring network installed by the natural gas producers on the North German Plain. In 2012, I had the opportunity to observe the existing system’s further development from a scientific perspective and introduce new approaches at the concept development stage that have helped us a great deal with evaluating seismic events.

To give an example, sensors were once usually installed in the vicinity of industrial facilities. This meant that not only was it not possible to adequately assess the effect had on housing development, but the highly sensitive readings were also disrupted by industry-induced tremors. These days, measuring stations are installed where people live and in their direct environment, for example by and in residential buildings, town halls or schools that may be damaged in an earthquake.

There is nevertheless a problem: these sensors are ‘overfed’ so to speak, because every passing HGV is interpreted as a serious tremor and every cartwheel in the playground at school is picked up by the digital seismograph. We therefore added purely surface measurement stations to this tremor network (in accordance with DIN 4150). The result is a seismic location network made up of borehole and surface measurement stations of maximum sensitivity – ideally located in remote areas and, at a depth of 200 metres, picking up those tremors that are really of interest to us. In the majority of cases, these are the end portions of earthquakes that occur somewhere entirely different in the world such as in Fiji or Tajikistan. But yes, there are earthquakes in northern Germany too, albeit at such a depth that we can measure them, but we don’t actually feel them. To gain an understanding of the scale, think of it this way: a major earthquake would be an ocean liner and a minor one would be a fishing trawler. And what we measure here on a daily basis is like the wash caused by a rowing boat.

For the natural gas producers, it’s a question on the one hand of having an evidence preservation system that can help identify the cause in the event of damage to buildings. And on the other hand, it’s about their building up trust, which is why all the recorded data is public, transparent and traceable. At the same time, the data is, of course, openly available to researchers – as the better we understand the correlations, the better we are able to deal with them. Scientists are therefore currently discussing a whole host of criteria for proving induced seismicity. As many of these source parameters are not currently known with regard to seismicity on the North German Plain, the network is assisting us in establishing a reliable set of underlying data.

Working with DMT proved to be exceptionally fruitful here – DMT’s own Safeguard system stands for considerable expertise, sound measurement technology and reliable performance. Full automation guarantees compliance with authority requirements such as immediate notification of an event as well as connection to the website www.seis-info.de, which affords everyone an insight into the data collected. DMT is closely connected within the science sector – it engages in dialogue with representatives met at conferences, and you can sense an incredible willingness to learn. All of us in this area are actually a community that is jointly working on continuously improving.